We at Tvilum take pride in our employees. 40 years ago, exactly today, our workshop manager Jon Boeskov joined Tvilum as a part-time summer employee. To celebrate his anniversary, we sat down with Jon to look back on his career and ask him what makes Tvilum a great company to work for.

How did you end up at Tvilum and how did you start, what was your first job?

You could say it was a bit of a coincidence, as many things in life are. I lived nearby and while still attending school, I got a part time basic job at Tvilum – cleaning the floors etc. Being a local, after a while, I was offered by Tvilum to get trained and become a carpenter. Obviously I accepted and the rest is history.

How many different positions have you held at Tvilum and what have they been?

Too many to remember exactly, but after I finished my training as a carpenter and started working in product development. And I am still here, for 40 years now.

So you have grown with the company, so to say, in different roles over the years?

Yes, you say that.

How has the company changed over these 40 years?

There have obviously been technological development, but the biggest change has been in the way the company operates. Today we have about a 40/60 split between product development/engineering and practical production-oriented positions. Back in the 80-90s, the split was 80/20 in favor of production related jobs. This is a major change compared to the way this company operated in the 80s-90s. This is mainly driven by technology.

How did the product development process look like when you started out at Tvilum?

Back in the days, things were different, to say the least. We would jot down product ideas on the backside of a piece of paper and that was the drawing for a new product prototype, which you had present by the end of the day. We now have a slightly more structured approach to prototyping with a lot help provided by new technologies. 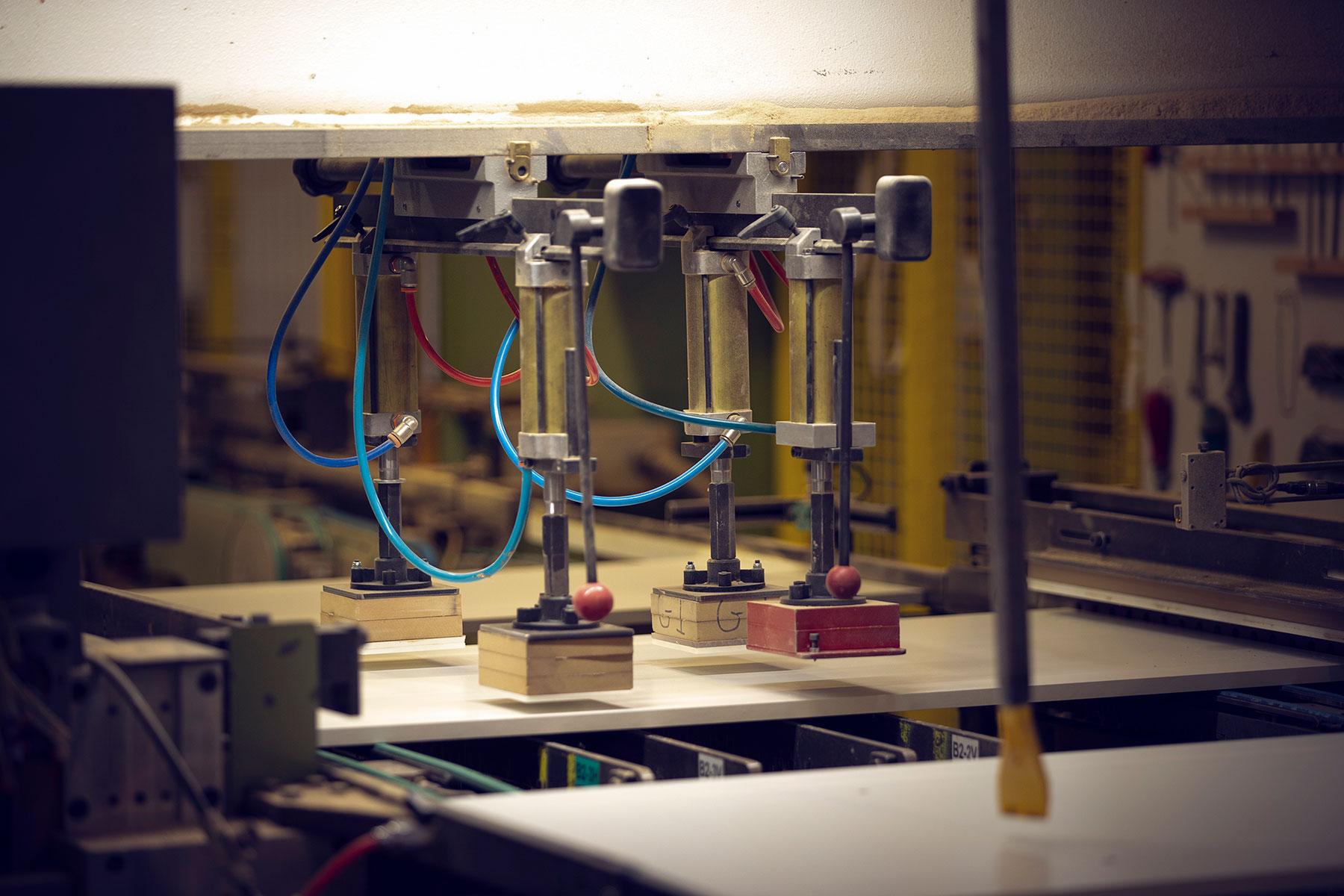 In addition to the advances in technology used, what other changes would you highlight that have made you stay with Tvilum for 40 years?

Working with product development, and not only at Tvilum, but in general, is usually the place in companies like us where things happen constantly. Expanding the business from 50mDKK to 2.7 billion a year and going from the 6-7 factories we as the product development team used to supply back in 2005-2010, has been a major change in the way we operate. Coming from a drawing, by hand, on the back of a piece of paper back in the 80´s to how we run the process now with Solidworks and other tools is a major shift.

And probably also the fact that you have constantly been challenged at your job?

Yes, that is probably what has made me stay at Tvilum for almost 40 years.

I have always felt that the organization has cared and taken my personal development both within the current role, but not limited to it, very seriously. And this applies to everybody – the company support each and every one of us along our career path. You can see it, for example, in the way we act in terms of safety – the factories take the wellbeing and safety of their people very seriously. But this is a trend that we have been seeing worldwide also at other industries and companies. But, as Tvilum has been my only employer in my life so far, I lack the base for comparison.

Culture is important for us here at Tvilum – how would you describe it to an external person that does not know the company?

I often think about this and talk with former colleagues that have moved on and one thing they almost always say is that their new employer is great in most respects, but it will never be like Tvilum. And if I then ask them why not, they cannot explain it – we had another spirit at Tvilum, it was just something quite different. In some ways, I envy them, as I have no way of comparisson, as I have always been here. So I cannot put a finger on what it is exactly, but what I do know is that we will never have the same spirit or culture like we had 20 years ago. These are just different times and cannot be compared on the same basis. Things in the society change – back in the days most companies had just one owner who was very much involved in what was going on throughout the company, knowing to the smallest detail who did what etc. And this was also true vice-versa. Today, technology enables us to do so much more, but some people have not gone along with it. This is also true for other areas like sustainability – as this is something we have only started to focus on in the recent decade. That is why I say the spirit today is just different. We, just as so many companies, have adopted these new principles and practices, but for those to really catch on, the generation has to change first. At the same time I don´t think anybody wants to return to the way we did things in those days. But that development is just a part of life.

These days we are able to achieve more with less effort, aren´t we?

To summarize – what would you say makes Tvilum a good company to work for?

My personal view on this is that at Tvilum I get a lot of freedom to choose my own path. But the same time also responsibility to get the job done. I think that is one of the most important things.
I think a lot of people at Tvilum want to make a difference, there is a lot of enthusiasm in the company. After the bankruptcy 3 years ago things have definitely gotten better – the views of the new leadership overlap with my personal perspective. Especially the extra attention to production, which in my field of work is good to see. We previously had a sales oriented company, but it has become more balanced in my view – we now put more attention and effort also on production. But that is a never-ending story