Our factory in Szczecinek, Poland celebrates 5 years of operation

Last week, our factory in Szczecinek, Poland passed its first major anniversary – the factory opened one the 1st of June 2016. We asked our country manager Poul Lindberg to reflect on the start of our journey in Poland under the Tvilum brand.

The project in Poland was started in January 2016 and the first months passed getting everything in line to start production – forming a company, transfering machinery and equipment from Denmark to integrating the factory with various systems in use at Tvilum elsewhere – ERP being one of the more crucial ones. Initially 2 machine lines and a packing line where moved to Poland from one of our previous factories in Denmark. In already March-April of 2016 we were ready to start with the recruitment of staff for the factory. Not before long, 1st of June was upon us and we could celebrate the opening of our new factory with 50 new Tvilum collegues starting our what was now our common journey at Tvilum Poland. After the initial trainings and onboarding of the newly hired staff in areas such as safety, quality and use of our various systems, initially conducted by our collegues from our Danish factories, the factory has been up and running from July 2016 onwards and the first truck full of furniture was loaded on the 22nd of August for one of our French customers. That marked a big day for us at Tvilum Poland.

In August of 2016, much to our own surprise, the orderbook had grown to allow us to start a 3-shift operation on two of the then existing lines. We later added two additional lines in 2017 and 2018. This marks the beginning of our story in Poland and favorable market circumstances have allowed us to reach this point in time where we run a full 3-shift operation on all of our machine lines and packing line utilizing the full capacity of the factory with now 170 employees. All of whom have shown great dedication and commitment in ensuring the success of the venture in Poland. Also, the support of our Danish factories and people there enable us to enjoy the fruits of our operation in Poland today.

We thank Poul Lindberg, who has been with Tvilum for 27 years, out of that 5 years as Country Manager of Poland, for sharing his memories with us! 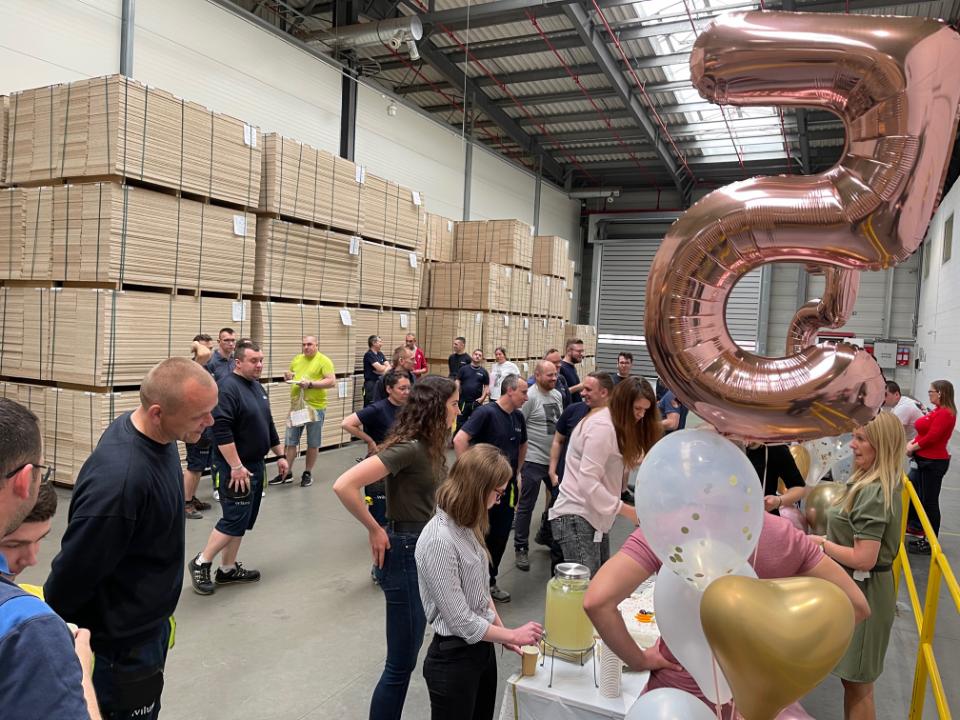